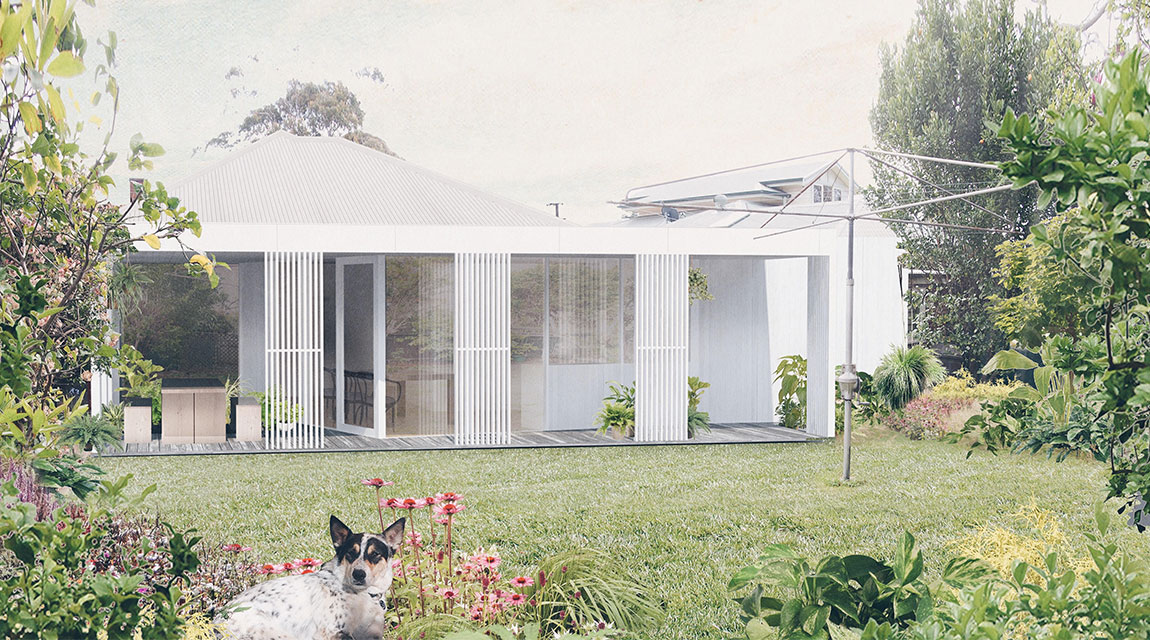 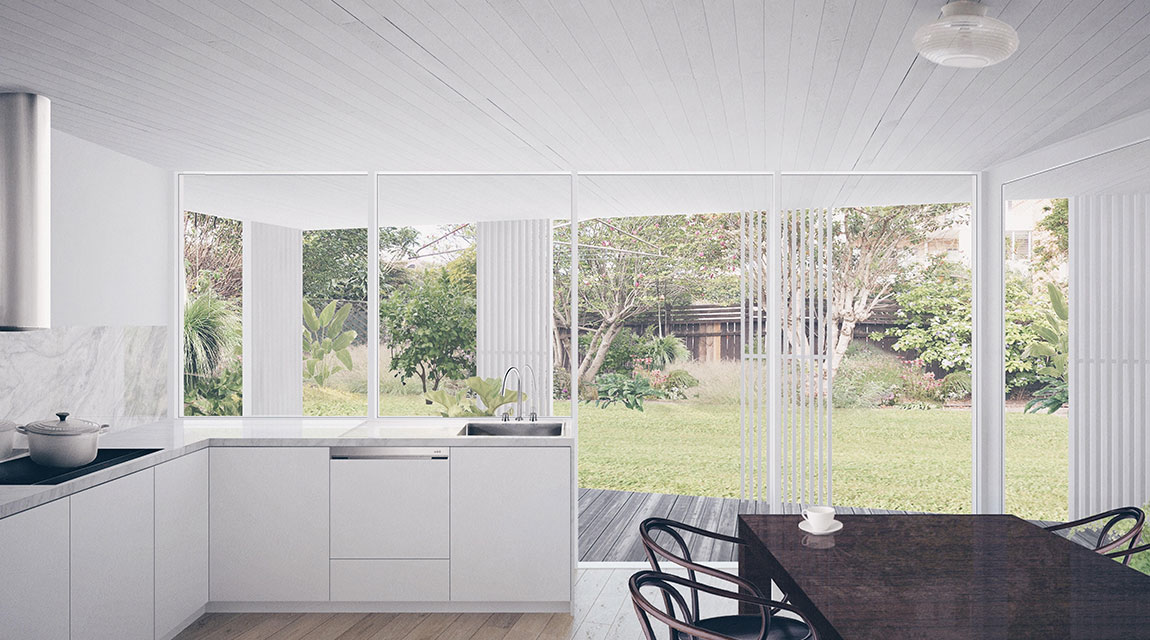 This project is an addition to an existing red brick house in North Wollongong, a town located on the South Coast of NSW. The client, an avid gardener, is downsizing. The previous home was located on the edge of dense bushland and had a strong connection to the surrounding landscape. Much time was spent in the garden, on the verandah and viewing the bush from the kitchen window.

The key driver in the design process was ensuring the new home had an equally strong connection to the garden, transporting a sense of the bush into the suburban context.