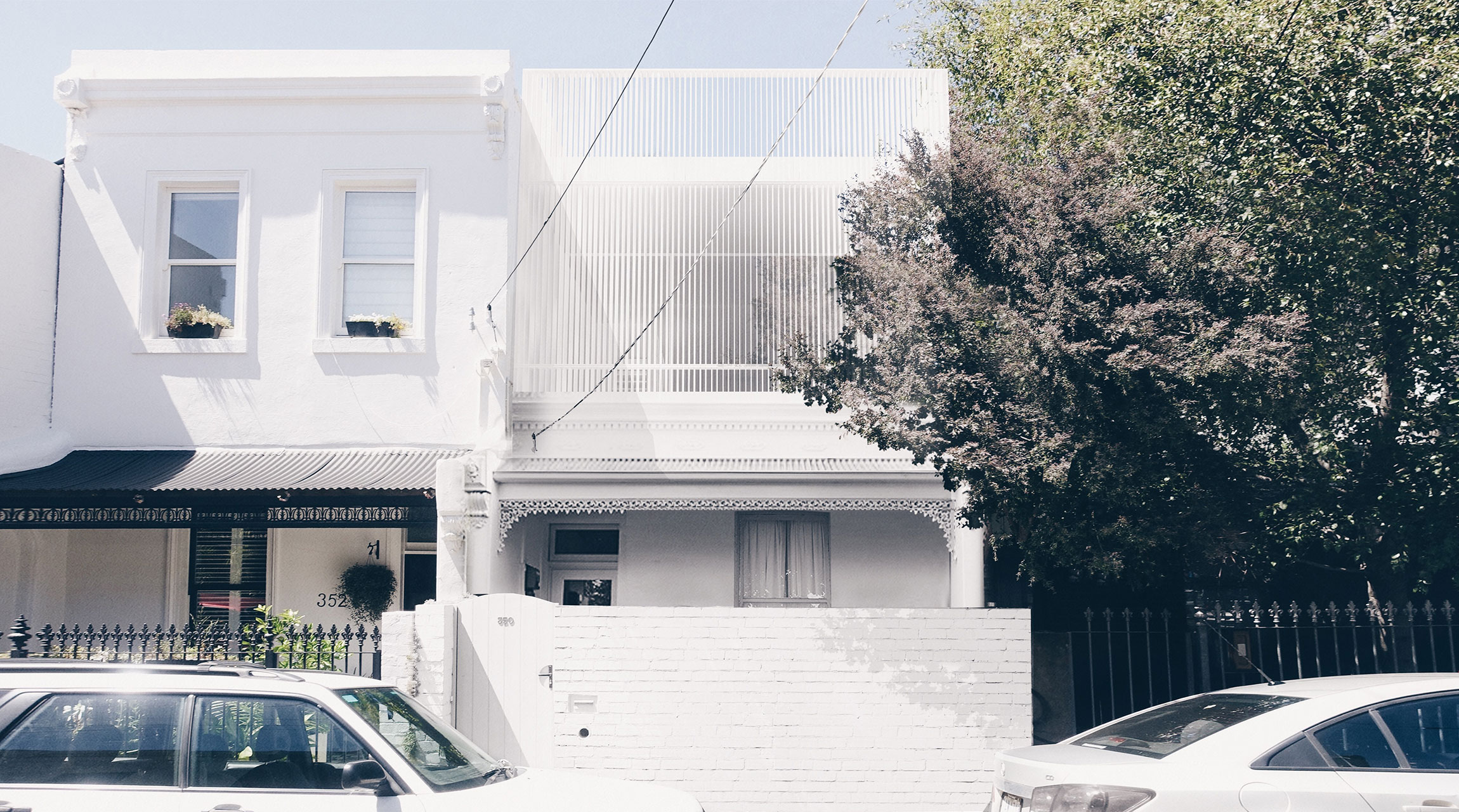 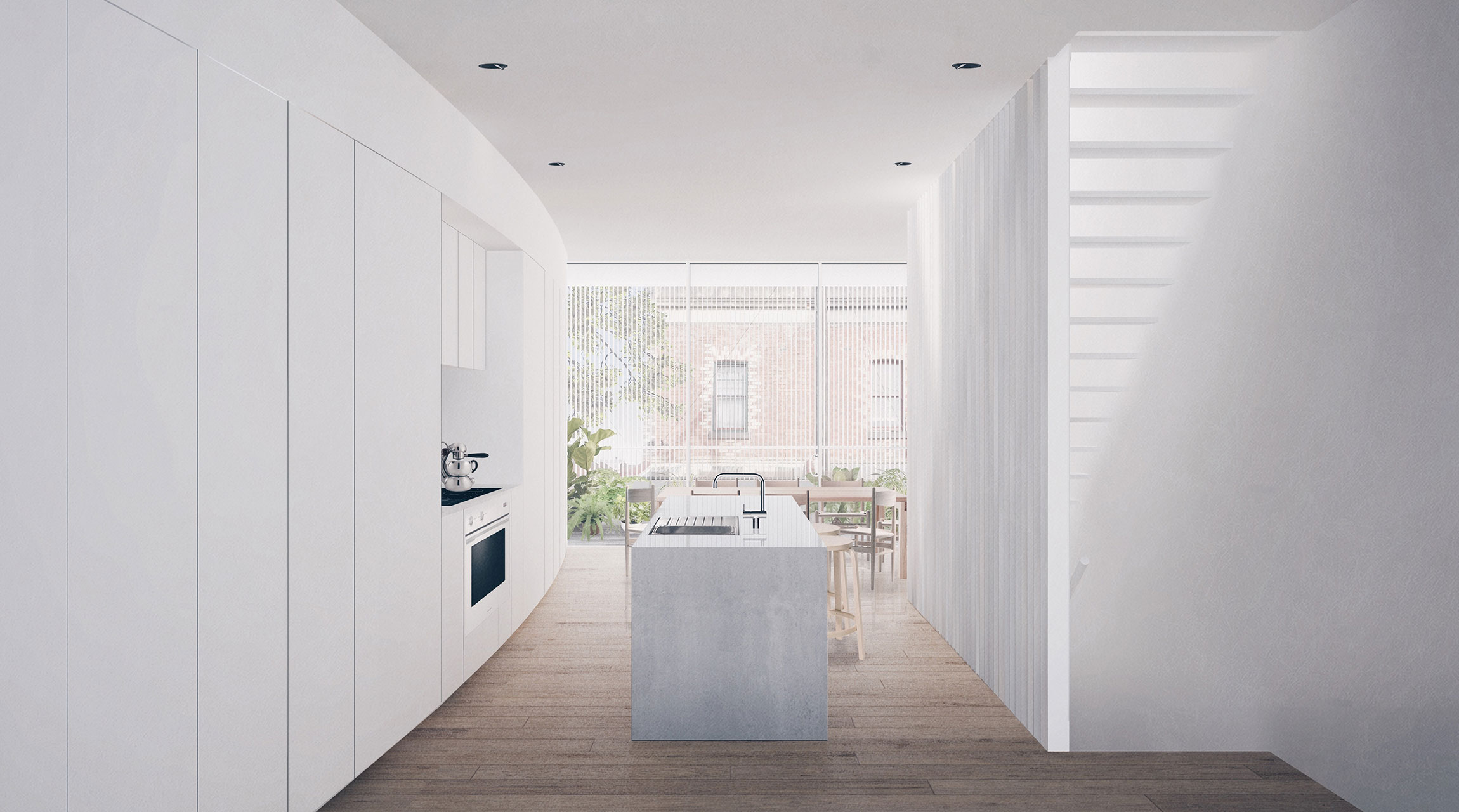 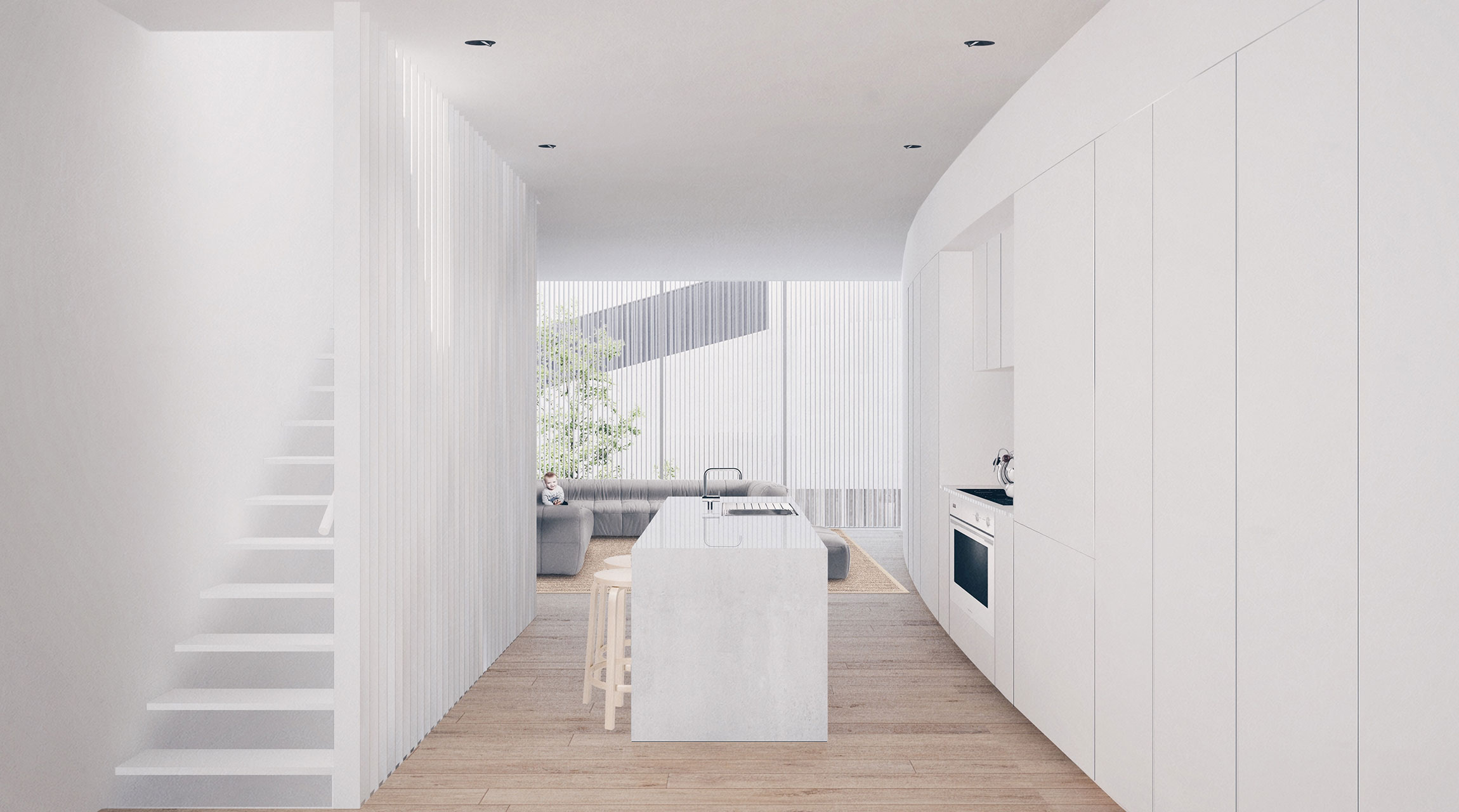 This project is located on one of the first residential streets in Melbourne, subdivided around 1830. The street is characterised by double storey terrace houses, distinctly Georgian in style due to the restrained form and visual lack of ornament.
The existing dwelling, being one of only two single storey dwellings in the street, differs from the predominantly double storey scale of the surrounding house. The new addition to the existing dwelling intended to mediate between these two scales.

The existing site is extremely tight, bound on both sides by existing buildings, the original home barely accomodate two bedrooms and a single living room. The brief for the new home was to accomodate a growing family, with large living areas in order to accomodate their even larger extended family.
To address the brief a three storey dwelling was proposed, with bedrooms on the ground floor, a large central living area and a parents retreat and roof terrace on the upper level, all connected by an open stair/light well.
Due to the extremely thin width of the site, a series of functional, curved elements were added to maximise available floorspace. On the ground floor a curved hall provides access to bedrooms, and in the central living area a curved joinery wall accommodates appliances, services and storage whilst maximising floor space in the lining areas.